The increased use of natural gas in electricity generation contributes to long-term “climate stabilization objectives,” according to a new study published in Nature. Notably, the study’s top line finding should address concerns that natural gas is less effective at reducing emissions than initially anticipated:

“We found that the coal-to-gas shift is consistent with climate stabilization objectives for the next 50-100 years. Our finding is robust under a range of leakage rates and uncertainties in emissions data and metrics. It becomes conditional to the leakage rate in some locations only if we employ a set of metrics that essentially focus on short-term effects. Our case for the coal-to-gas shift is stronger than previously found…”

The study is unique in that it is the first to employ a “multimetric approach” to analyze the impact which takes into account “short-term (a few decades) and long-term (about a century) climate impacts.”
Methane emissions intensity is declining in the top U.S. oil and gas basins.
The study comes at a time when the U.S. oil and gas industry is making significant strides in reducing methane emissions leakage rates, a fact that was noted in the study:

A recent EID analysis found that in the Permian and Appalachian basins methane emissions intensity – emissions per unit of production – decreased by 57 percent and 82 percent, respectively, from 2011 to 2017. 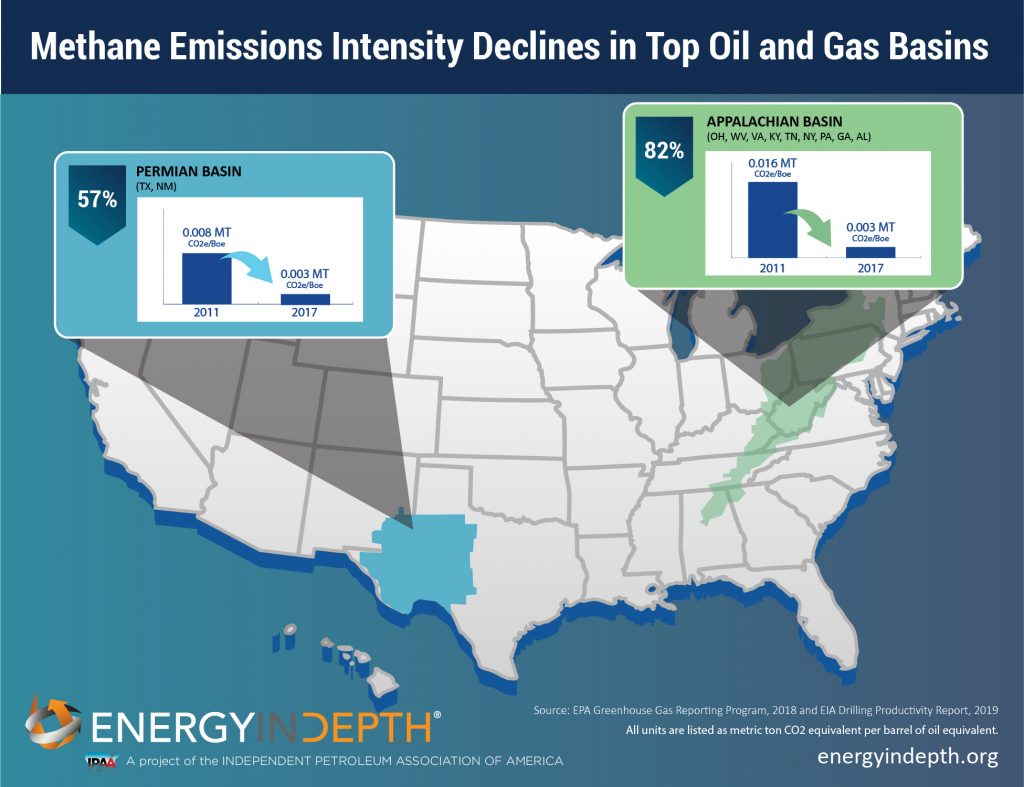 “…air quality can be evaluated together with climate impacts, which could probably strengthen the case…”

This trend is already occurring, according to the U.S. Environmental Protection Agency’s 2018 “Our Nation’s Air” report that found air pollution declined 73 percent from 1970 to 2017 at the same time America’s gross domestic product  increased 262 percent. Most notably, the EPA data showed that emissions of sulfur dioxide (SO2), nitrogen oxide (NOx) and fine particulate matter  — widely viewed as the most harmful air pollutants — have collectively declined 55 percent since 2005. 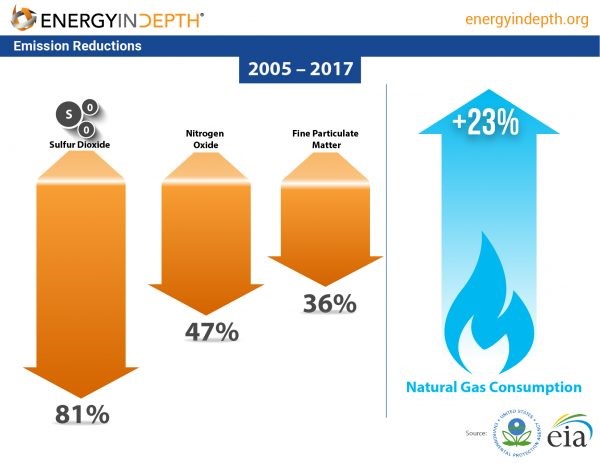 The findings of the Nature study also align with the latest EPA data released this month which show that greenhouse gas emissions in the United States fell 12 percent from 2005 to 2017 while natural gas production increased 51 percent: 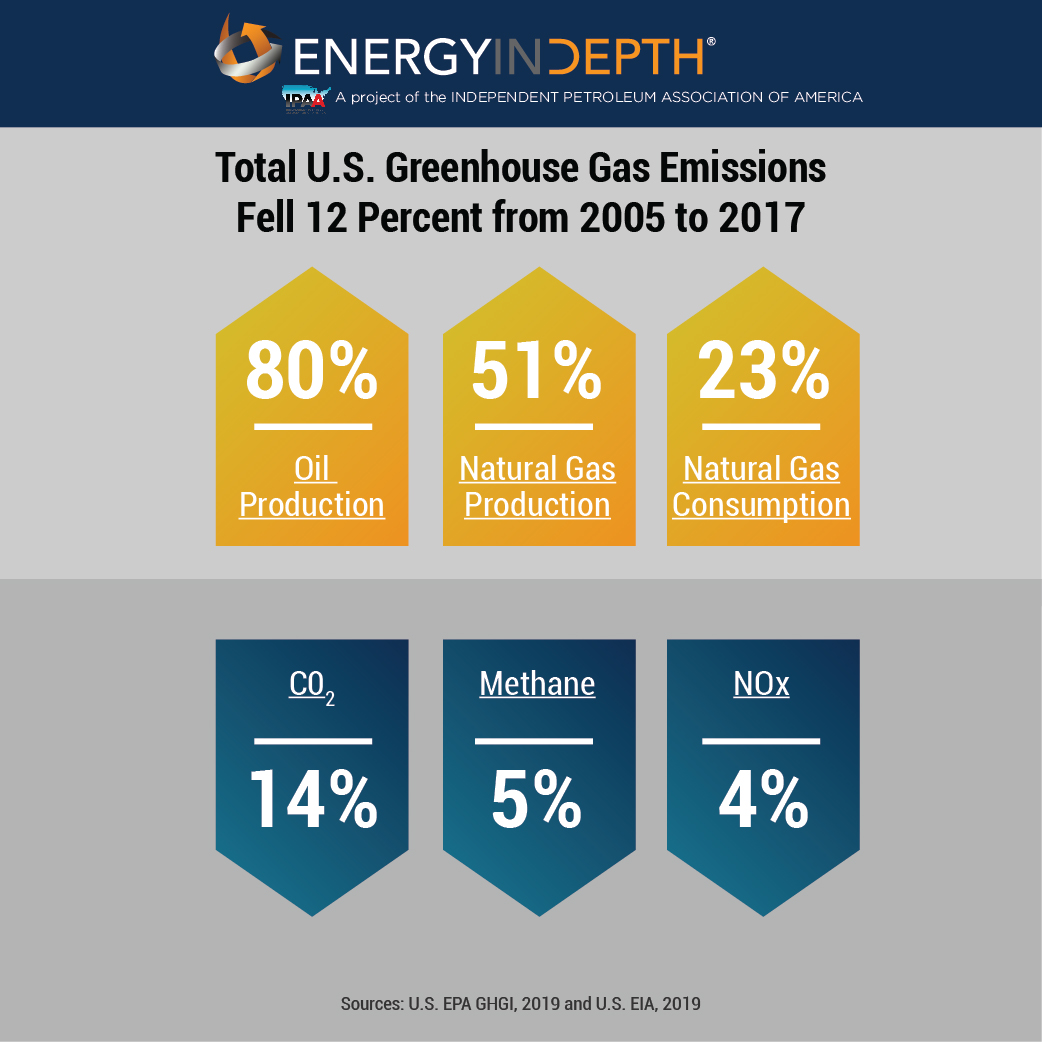 The Nature study provides yet another proof point that the United States is leading the world in carbon emissions reductions thanks in large part to our embrace of natural gas. As natural gas continues to be an increasingly important energy source to meet the demand for electricity, there could also be more long-term climate benefits to come. As Independent Petroleum Association of America’s Executive Vice President Lee Fuller stated:

“America’s oil and natural gas producers are working hard to develop America’s own abundant resources in a safe and environmentally sound manner. The federal government’s own data confirms methane emissions have fallen in recent years and are continuing to drop, even as oil and natural gas production has risen. As technology has improved, the industry’s processes have become more efficient. Responsible energy development has and will continue to play a leading role in making the United States the world leader in greenhouse gas reductions.”