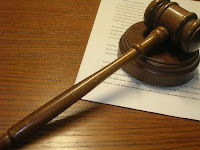 From The Canton Repository:


Several landowners along the NEXUS pipeline have sued the pipeline’s owner and its construction contractor, saying the companies broke agreements to protect and restore properties affected by the project.

Michael Thompson, the Jackson Township attorney representing the landowners, has filed a dozen lawsuits in Stark, Summit, Wayne and Columbiana counties in the last couple of weeks against NEXUS Gas Transmission and Michels Corp.

NEXUS is a $2.1 billion pipeline backed by Detroit-based DTE Energy and Enbridge, a Canadian company. Michels Corp. is a construction firm in Wisconsin.

The 36-inch diameter pipeline can carry up to 1.5 billion cubic feet of natural gas a day from the Utica and Marcellus shales to users in Ohio, Michigan and Canada.

Thompson said he anticipated filing more lawsuits in the coming weeks, and Tuesday he added Michels to a lawsuit filed against NEXUS in July. The lawsuits have two aims:
“One, to hold (NEXUS and Michels) accountable for specific damages that they’ve caused, and, two, so that in the future, a message is given to them that they can’t just do what they want and trample on the rights of the property owners,” Thompson said.