Decision on Belmont County Cracker Plant May be Delayed Again 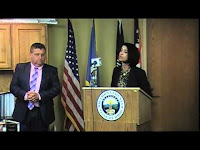 
A final investment decision multibillion-dollar second ethane cracker being considered on the site of a former Ohio power plant south of Pittsburgh could be delayed until after the first of the year.

Word earlier this year was that the PTT Global Chemicals and Daelim ethane cracker, which would be similiar in size to the one that Shell Chemicals is building in Monaca, would give the go-ahead by the end of 2018. But now sources in the industry say it could be pushed back into 2019 not for any reason related to whether the project would go ahead but instead due to the complexity of the decision.

Shell Chemicals took years of prep work, acquisition of land, demolition and literally moving a hill and a road in Beaver County before it decided in June 2016 to go ahead with the ethane cracker. PTT, a Thailand-based chemical company, is further back on the timeline because it got started years later.

PTT’s site, along the Ohio River, is at a former American Electric Power plant in Belmont County, Ohio, just across the river from Moundsville, West Virginia. The site has been demolished and cleared although construction is awaiting the FID, final investment decision. A decision has been delayed in the past.

Click here to read more of that article.  After multiple delays, this story is beginning to reach "wake me up when they make a decision" status.

Meanwhile, WTRF reports that an Ohio clergyman has chosen to join anti-fossil fuel activists in opposing the cracker plant project:

In another WTRF report, Moundsville's mayor says the area infrastructure needs improvement to handle the change that the cracker plant could bring:

In other cracker plant-related news: Activists recently convened in Moundsville to stir fears regarding the project, as reported by WTOV News: