Joe McAlinden, founder of McAlinden Research Partners and former chief global strategist with Morgan Stanley Investment Management, outlines the trends for energy and discusses which sectors should see the most growth under the Trump administration. 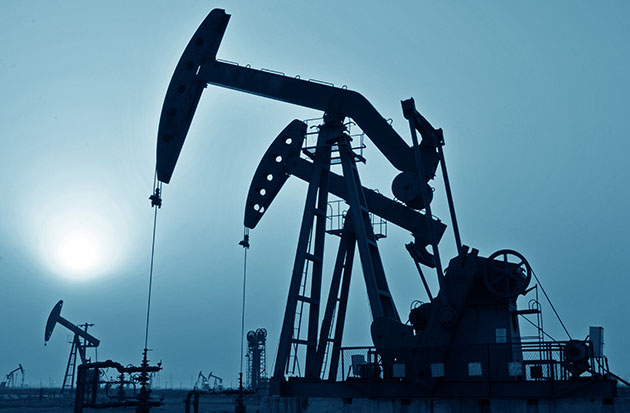 The Energy Report:  Welcome, Joe. What is your outlook for oil?

Joe McAlinden: We've been bullish on oil prices and published a piece last April predicting an energy shortage. I continue to think that is where we're headed. There is a self-correcting mechanism in relatively free markets that have been operative in the U.S. As prices fell, producers that are capitalists have cut back production and shut down a lot of drilling activity. We see that in the plunge that we've had in the number of operating rigs and in the number of barrels produced in the U.S.

Meanwhile, in less free markets for energy, namely the Organization of the Petroleum Exporting Countries (OPEC) members, we have seen more and more duress in the governments that are dependent on high oil prices to maintain their governments and living standards for their citizens. And even with non-OPEC members where there's a lot of government intervention in the markets, such as Russia, the same thing has been true.

Another factor is that the financial pressures on producers basically have forced them to the negotiating table, resulting in the recent agreement to cut production that finally came out between OPEC and non-OPEC producers but really between the Saudis and the Russians as the big players. It is important. It's important psychologically because since the agreement was announced, oil prices have moved up. But it is important in the actual supply/demand balance as we look at 2017.

U.S. production has been cut way back. The non-U.S. producers have announced an agreement to cut back. And the stage is clearly set for the supply side to be getting its house in order.

TER: What about demand?

JM: On the demand side, there is a degree of price elasticity in this market. When oil prices have come down, we've seen, for example in the U.S. data, miles driven be very strong. So demand has been very positive.

With the Trump election comes the plans to implement pro-growth policies, cut taxes, reduce regulation, etc., and hopefully get growth up to 3% to 4% in GDP. That's going to be a big positive for oil demand in the U.S. Even with conservation, more efficient vehicles and the usage of natural gas for generating electricity, as well as inroads made by adding alternative energy into the picture, we still have some degree of sensitivity in crude oil demand to the GDP growth rate. So if we've had 1.5% growth on average, but the trend has been about 1.5% to 2%, and the new administration promises to raise that to between 3% and 4%, that is going to have a positive further effect on demand.

That's part of what has changed in the wake of the election in the energy picture. I am more bullish than ever on the whole energy complex, where we had been predicting $60 to $80/barrel oil, and we continue to think that is the upside target.

The other thing that's important is that this administration has outlined plans for opening up public lands to drilling, for expanding fracking and for bringing back the coal industry, all of which are going to run into tremendous pressure from environmentalists. Nonetheless, it is what's on the table, and it's what's planned.

TER: What areas have the greatest investment potential?

JM: I believe that between the rise in prices that we're beginning to see for crude oil and the plans in the U.S. for tremendous expansion of drilling activity, at this point my call is that the energy oilfield services business is poised to do even better than the energy industry overall. This is best characterized by the stocks that you would find in the VanEck Vectors Oil Services ETF (OIH), which I believe will outperform the broad energy industry, which I also like, and which is best characterized by the Energy Select Sector SPDR ETF (XLE).

I'm still bullish on oil and I think the XLE goes a lot higher, but I think the OIH goes up percentagewise a lot more. That's my view on energy.

TER: Thanks for your time, Joe.