By Rob Magee - May 03, 2016
From the Energy Information Administration:


The U.S. Energy Information Administration has produced new maps that show the structure, thickness, and geologic setting of the Utica Shale play and the location of production wells. Production of oil and natural gas from the Utica play has increased since 2011, with more than 1,700 wells drilled as of January 2016. The Utica play includes both the Utica formation and the deeper Point Pleasant formation, each with its own characteristics.

The Utica play spans about 60,000 square miles across Ohio, West Virginia, Pennsylvania, and New York. The geologic characteristics of the Utica and Point Pleasant formations, which are discussed in EIA's update, are favorable for the accumulation and production of hydrocarbons.

View the maps below. 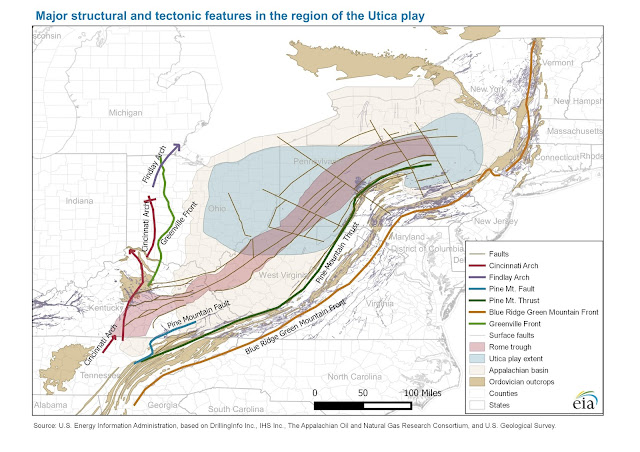 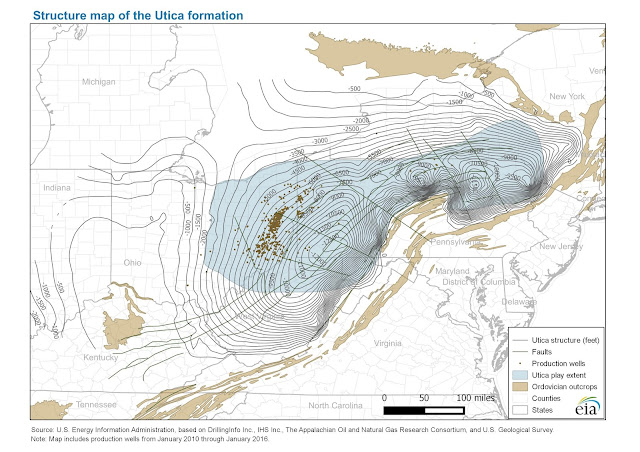 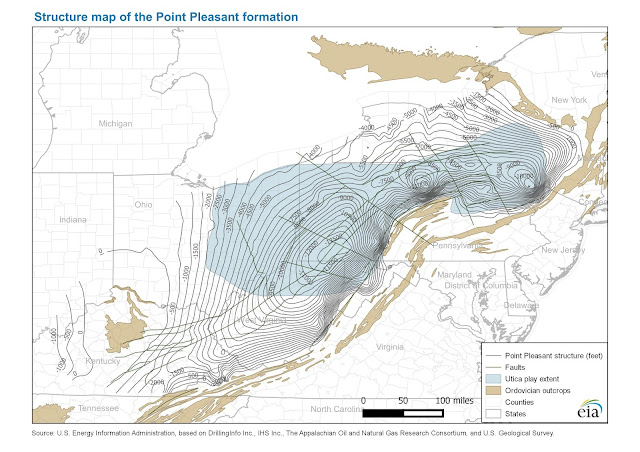 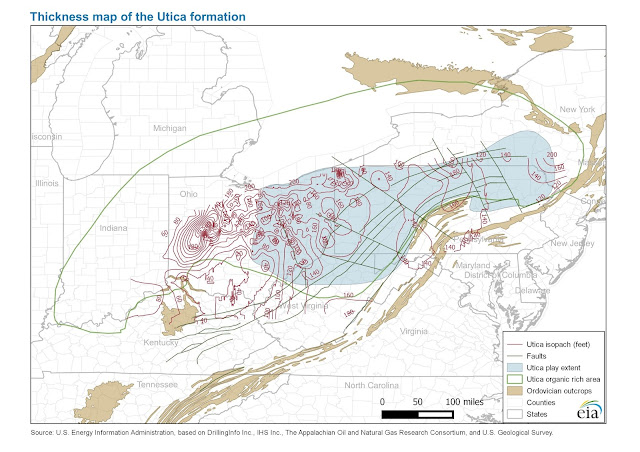 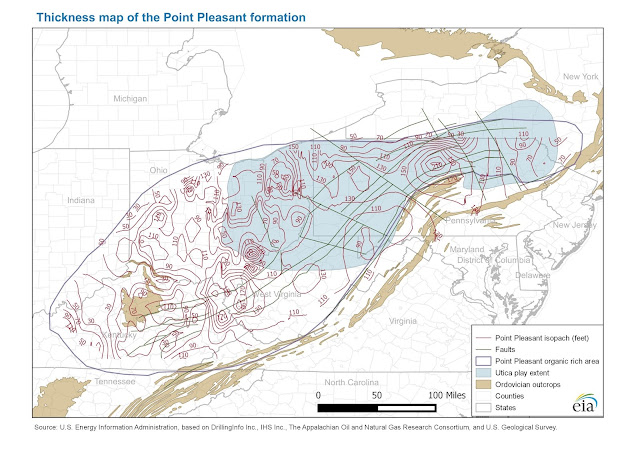 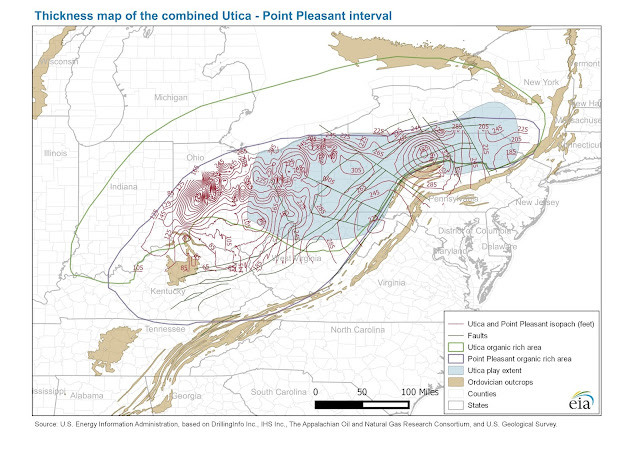